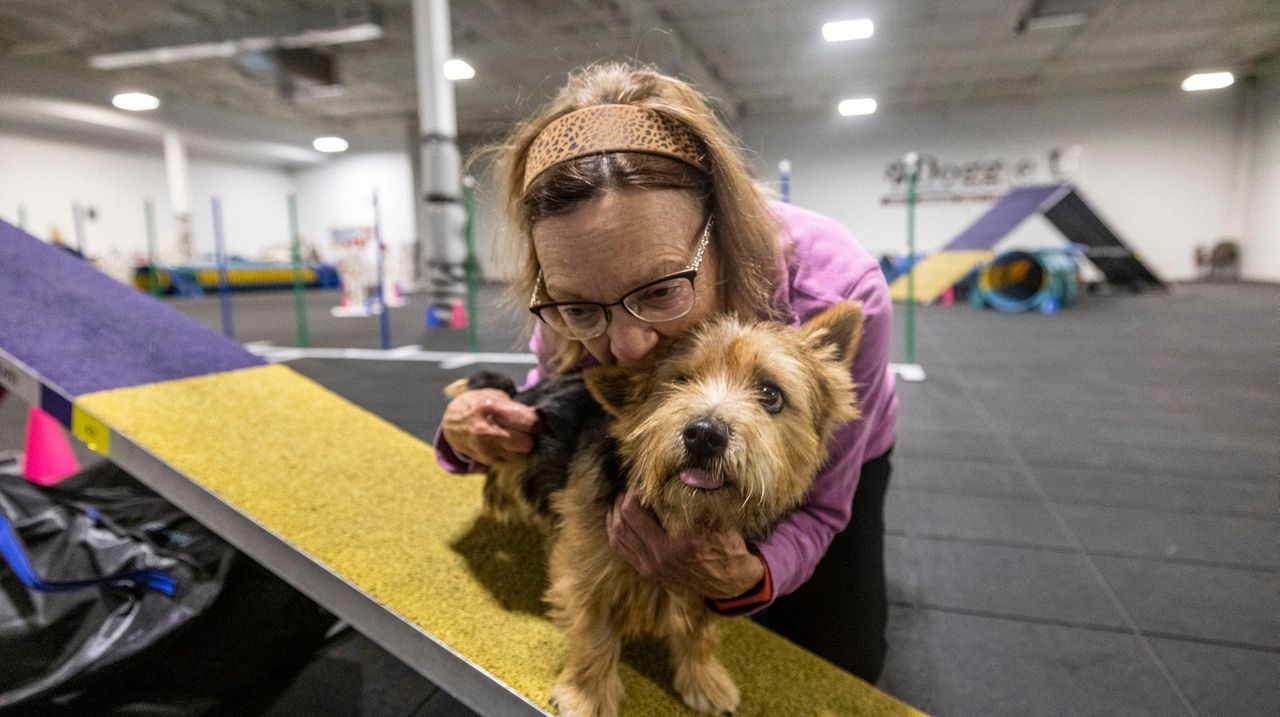 Rascal, a young Norwich terrier who lost a hind leg to cancer, could be the first “tripod” dog to enter an American Kennel Club agility trial in December, now that his owner of Long Island persuaded the club to bring forward its decision by as much as two years, a club spokeswoman confirmed on Thursday.

Shlimbaum says she spoke with hundreds of people about the now-lifted AKC ban — and also ran a Facebook campaign seen by thousands. This time at least, staying positive paid off.

The AKC also caved after Newsday asked questions on Wednesday.

Rascal excels in this sport, first on all fours and now on three legs.

Before his right hind leg was amputated in June, he qualified as the nation’s fastest Norwich terrier in the 100-meter dash after a lure in the 2020 AKC Fast Running Ability Test, have declared its owners.

In September, as a tripod, competing against four-legged dogs, he achieved a perfect performance on a level 5 show jumping course – the most difficult.

Rascal may well match his owners’ emotions when he returns to AKC competitions. “He’s been dying to do this,” Shlimbaum said, later adding, “Now he’s going to compete in December; I’m so happy I’m crying.”

Shlimbaum practiced law for decades with her husband, Don. And while he’s not running around the ring with them, her husband was the one who brought that request for Rascal’s first AKC trial to the mailbox as soon as the club reversed course.

As society increasingly recognizes the rights of people with disabilities, Carrie DeYoung, AKC’s director of agility, called the decision “a natural growth” over an email. She added: “With safety being our main concern, it took a lot of deliberation and research to make sure we included all dogs.”

Famous for its annual Westminster show in midtown Manhattan, the nonprofit AKC is coming under increasing pressure from advocates for an emphasis on confirmation, for example, and allowing local clubs to decide to follow certain European examples by prohibiting the cropping of the ears and the tail. .

Rascal returns to the ring in the AKC competitions on December 4 and 5 at Bay Shore’s training facility, Doggie U K9 Academy, where he trained, just about every Monday night, with fellow 11-year-old Norwich. , Wiley , who tends to favor a slower pace.

The young is the one who can barely contain his enthusiasm; he often barks in the car on the way – and throughout the competition, his owner said. “It really is a team sport between handler and dog,” DeYoung said. “They often quietly communicate about their dancing throughout class.”

To avoid overusing his single back leg, Shlimbaum now enters Rascal in the four-inch high jump class, half the height he used to climb.

It was in December 2020 that a stage 2 soft tissue sarcoma sprouted on Rascal’s leg. Surgery and radiation seemed to stop the cancer, but in June it came back. Amputation became the only treatment option – and tests show the cancer hasn’t spread.

The AKC’s advisory committee that assesses policy developments was not due to meet until 2023; the club moved so quickly, Munden explained, in part because the committee had already thought about opening its trials to dogs who showed they could handle the rigors, even as novices.

Tripods were initially rejected because dogs must be “functionally sound,” she said. However, the AKC is now willing to defer to the judgment of owners, she said, although judges will halt the trial of any dog ​​if it appears reluctant or ill.

Referring again to Shlimbaum, Munden said: “It’s partly her and partly because we…generally have seen an incredible spirit in these tripods; if they’re going to use the term functionally sound, and if the owner demonstrates the ability to be competitive, we need to make sure we are inclusive.”

“This dog,” said Donna Bielawski, a professional photographer who captured Rascal’s winning jumps and whose Miniature Australian Shepherd is also competing, “has been through so much, it’s really awesome.”

Joan Gralla is a general reporter who also covers parks, flood control and Holocaust restitution. She is a former Reuters correspondent who has covered politics, economics and markets.