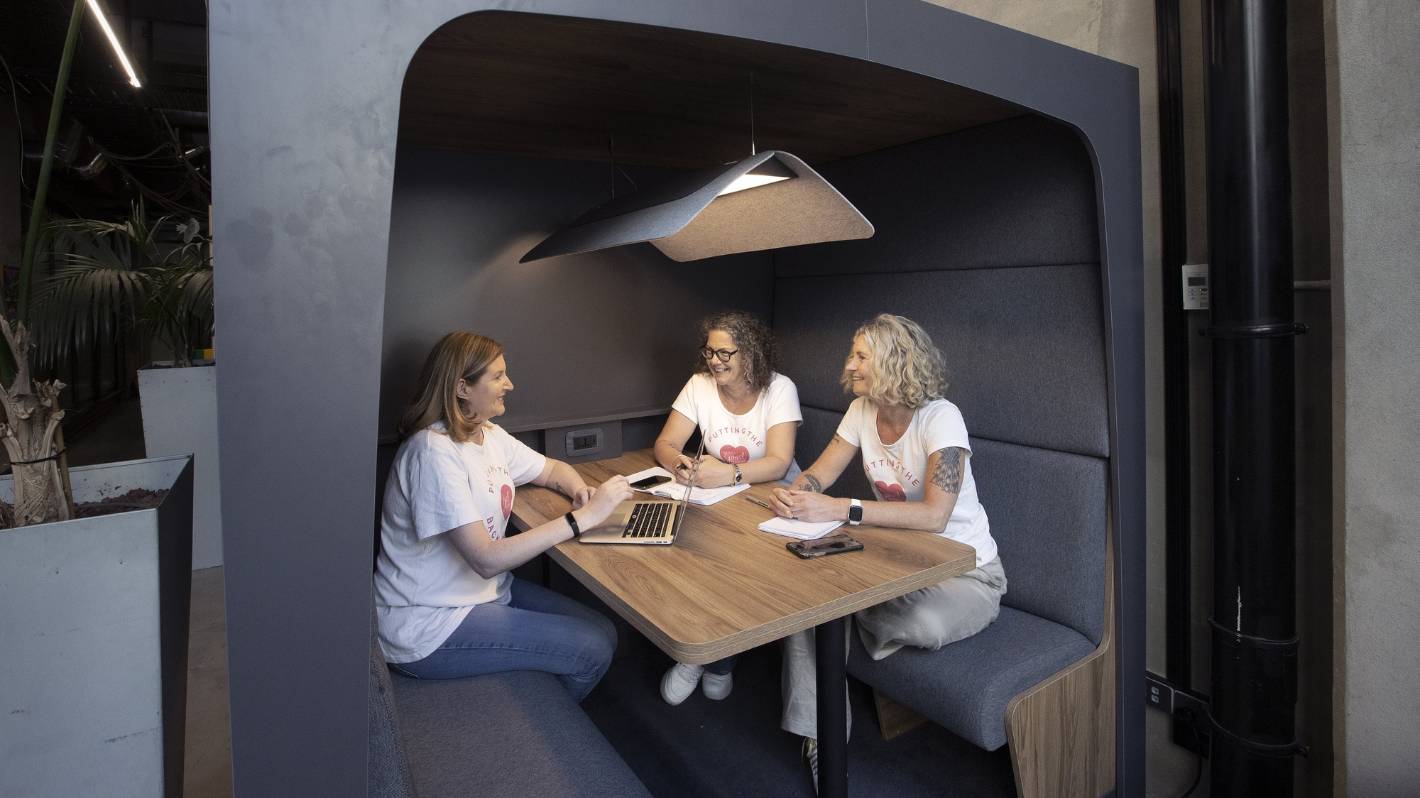 It’s the most wonderful time of the year! It’s time for the annual Dominion Post Christmas Call, where we tell you about the cool people who are making a big difference in our community. This year, we shine the spotlight on The Good Registry, which tackles two huge issues: growing needs during a cost of living crisis and the waste filling our landfills. Over the next month, we will be profiling four charities on The Good Registry’s donor list. But first, we tell you all about The Good Registry.

Overpackaged, disappointing and destined for landfill. That might just sum up many of the gifts bought at Christmas. Bought and given with all the goodwill in the world, but a huge amount was politely received and then slipped into the cupboard under the stairs to be re-gifted in a trash can – the corporate mug-givers, you know who you are.

The three wise women of The Good Registry – general manager Christine Langdon and directors Tracey Bridges and Sue McCabe – had a better idea.

Instead of buying even more stuff for family and friends for Christmas, birthdays, weddings, etc., they’ve created gift cards that people can donate to a charity of their choice.

Four years, nearly a million dollars in donations and 21,600 gift cards later, they believe they may have just made a difference.

Alternatively, people can start a charity instead of a gift registry at times when they might be expecting gifts – like if you’re getting married but already have all the toasters you need.

The Good Registry’s charity partners represent a wide range of things that matter to New Zealanders, from environment and health, to food safety and animal welfare.

READ MORE:
* Social entrepreneurs: a new force for good
* Join the 1% who donate 1% of their salary to charity
* Mike O’Donnell: The time for social enterprise has come
* The Good Registry to simplify special event donations to charity

In a perfect world, there wouldn’t be a need for charities, says Bridges. “I see a future where wealth is shared more evenly, and we don’t have the huge disparities that we have.”

But in today’s real world, there is a huge need. The cost of living crisis is becoming more and more serious. There are many stories of people juggling bill payments with rising rents and expensive food.

“Not only do organizations need to do incredible work in the community, but they also need all the money they can get to keep doing that work. The more we can help them, the better,” says Bridges.

Sustainability weighs heavily on their minds and is essential in their social enterprise.

There is an impact on the environment from the resource being grown, harvested, moved to a factory, the production process, packaging, packing, shipping to the end of life disposal of the product, said Langdon.

“We know that we are already exceeding the planet’s resources – we need 1.5 planets to maintain our current consumption levels. If we only consume what we need and what we know we are going to use, we could balance the planet much more and giving presents seems like a very good place to start.

The genesis of The Good Registry began with Langdon. She had left the world of corporate communications to see what the universe had in store for her and turned to mindfulness blogging for inspiration.

As part of this mindfulness journey, she began decluttering her home. She remembers digging up presents that had been tucked away in a closet and almost forgotten. A drawer full of secret Santa presents – back scratchers, mugs, a whole lot of junk, really – all presents that had never been used and probably never would be.

That year, when her mother asked her what she wanted for her birthday, she asked for home-knitted mittens. What arrived was a large box and piles of wrapping around a pair of oversized, Chinese-made gloves.

Although grateful, she was never going to wear them.

“I decided to donate them to a homeless man in Courtenay Place. I gathered other things to give away while I was there.

That’s when she had the “aha moment.” Instead of buying someone gifts they no longer want, wouldn’t it be better to give someone the option to donate to a charity of their choice?

Better for the giver, the receiver, the charity, the planet.

She chatted with McCabe and Bridges. Neither of them needed convincing. They were inside.

Since the launch of The Good Registry in December 2017, more than 200 companies have signed up for gift cards to give to their staff rather than the traditional mugs or other mass-produced gifts. About 400 individual registries raised funds for a myriad of charities.

The new generation of donors

Could we be the generation that is starting to teach children that a birthday or Christmas is about charity, Langdon wonders. “There will be something under the tree for them that they will need and love and use, but also an opportunity to give to other children who have less,” she says.

Just look at the website and prepare to be moved by some kids who use their birthday to help others. “We have a child who will be 10 this year and doing a fourth year birthday registry,” Langdon says.