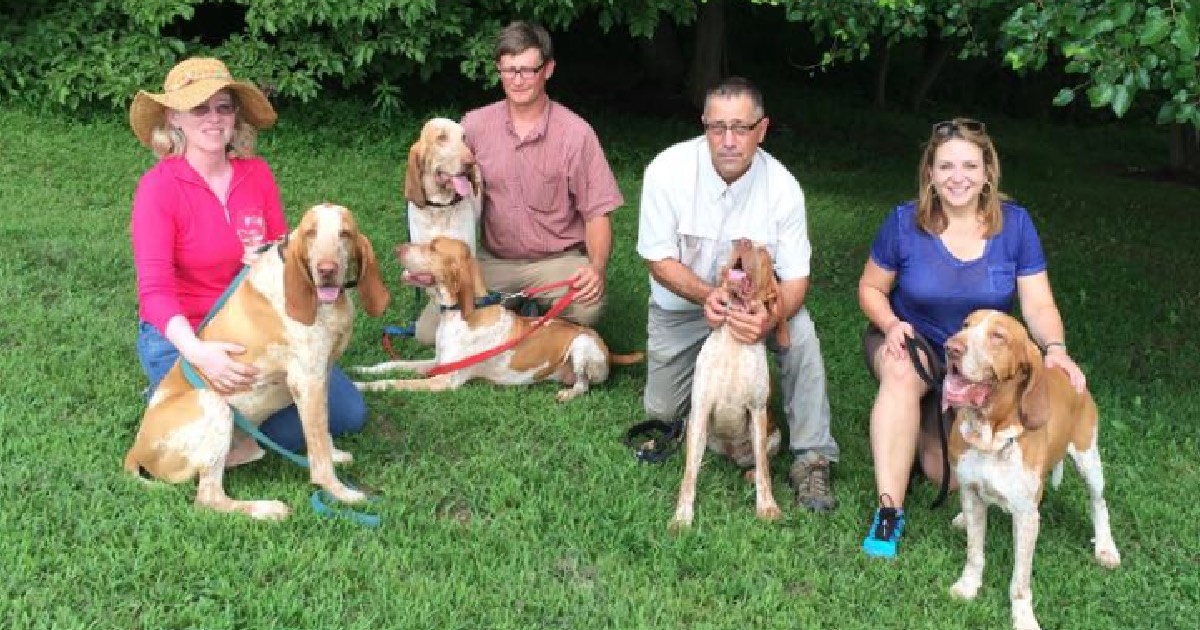 The Bracco Italiano, sometimes referred to as the Italian Pointer or Italian Pointing Dog, has officially joined the world’s largest registry of purebred dogs.

Now eligible to compete in the Sporting Group at AKC events, the Bracco Italiano makes a great addition to the family and thrives alongside a hunter.

Bracco Italianos are an ancient breed with a history that dates back two millennia. They can be traced back to the fifth century in Europe. But they weren’t introduced to the United States until the mid-1990s.

“A newly recognized breed does not mean that the breed is newly created. Many breeds that gain full AKC recognition have been around for decades, and some are ancient,” said Gina DiNardo, AKC Executive Secretary.

The Bracco Italianos have been developed to accompany and meet the needs of a hunter.

The breed is one of two hunting dogs native to Italy. Hunting dogs, or bird dogs, are hunting dogs that were developed to help hunters find and retrieve game (usually quail, doves, or ducks).

As a high-energy breed, Bracco Italianos are extremely active and playful. This means they need daily exercise. They certainly won’t be canine couch potatoes. Hours spent in your yard fetching or taking long walks around the block are more what this breed has in mind.

For this reason, they are best suited for active families who have the time and ability to help them burn off all their excess energy.

“The Bracco Italiano is a strong, active and hardy dog ​​breed that would make a great companion for active families,” Gina said.

Not only does this beautiful breed have tons of energy to spare, but they’re incredibly smart, affectionate, and have a people-loving personality. Additionally, their short coat makes them easy to groom, and their sweet, gentle nature makes them perfect for a family with children.

“They also thrive on human companionship and are loyal, affectionate and playful. These dogs are known to be sensitive and gentle and become close friends with children. Their short coats are easy to maintain, requiring only a few minutes of brushing each week to keep the coat in good condition,” Gina said.

Now that the Bracco Italiano is officially recognized, they can compete for the coveted “best in show” title at AKC dog shows. This includes the famous Westminster Kennel Club dog show taking place next year.

This year was the first time a Bloodhound won the Best Show award. It may be a Bracco Italiano who wins the title next.