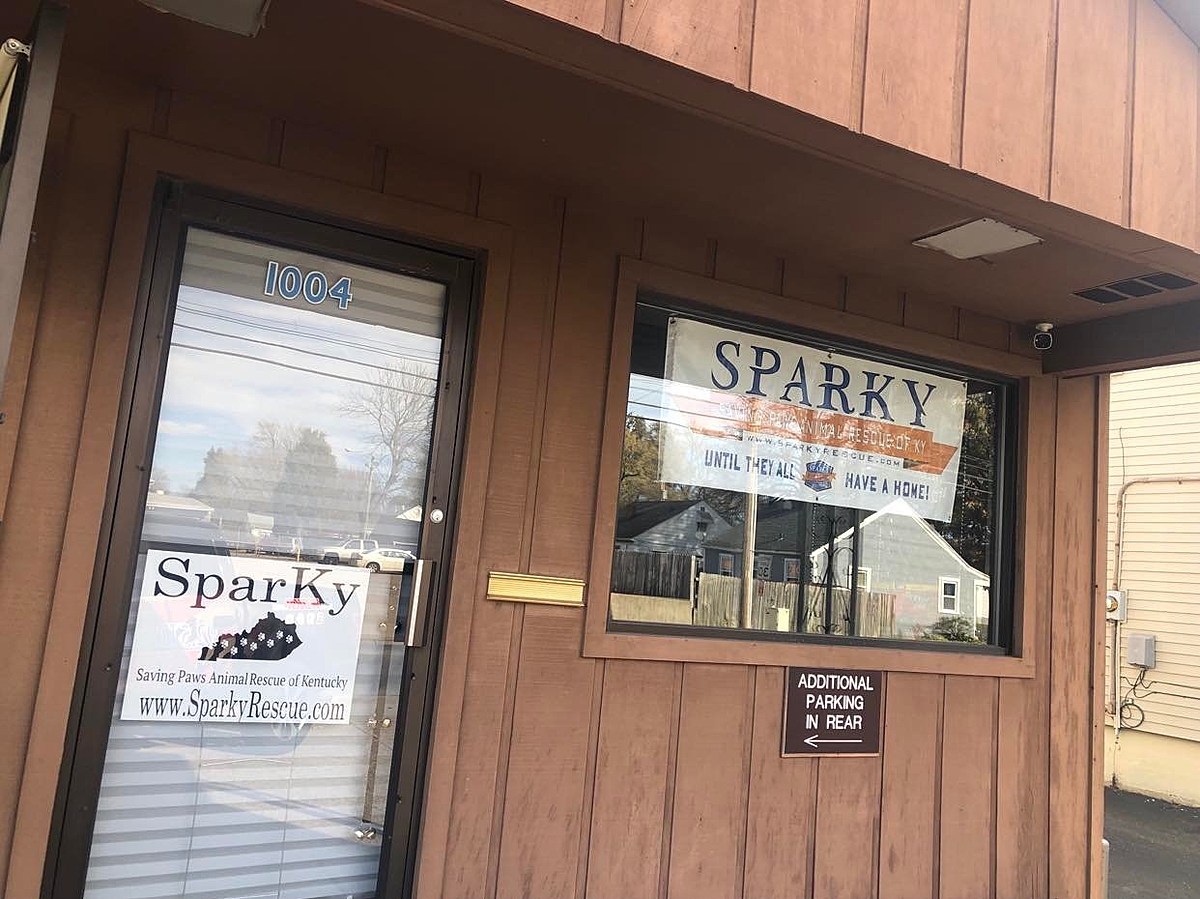 Tomorrow is a HUGE day for SPARKY, Saving Paws Animal Rescue of Kentucky. The Owensboro-based rescue is hosting an open house at its brand new adoption and rescue center.

Yesterday I was lucky enough to step inside and get a taste of the facility and its four-legged welcome cart named Handsome!

Yes! It’s nice ! He is the official “house cat” of the new SPARKY installation. He is absolutely adorable and we spent time bonding during my visit.

SPARKY has been in operation for fifteen years and its founders have always dreamed of having an autonomous installation. Until recently, the rescue only worked because of the kindness of foster families and partnerships with area detention centers. Now they have their own “forever home” and it looks fantastic.

The new logo on the wall was designed by longtime SPARKY supporter Kenny King. Kenny and his wife Debra own Dream Copy Photography in Owensboro and are the dynamic duo who take the official photos of the available animals you see on the SPARKY website.

Tomorrow, SPARKY invites the public to see inside the brand new facility, which is already home to adorable cats for adoption.

SPARKY has a very successful partnership with PetSmart. Many SPARKY cats are adopted outside the popular pet supply chain. In fact, some of the kittens and cats pictured above will be heading there in the coming weeks.

Plus, the new facility gives SPARKY something else it didn’t have before: storage.

In addition to monetary donations, SPARKY also relies on food and supply donations. Now there is ample space to store them.

The extra space is a real game-changer.

If you want to stop by SPARKY tomorrow and take a peek inside for yourself, the open house is scheduled from 11 a.m. to 2 p.m.

The address is 1004 East 18th Street in Owensboro.

You’ll meet Handsome, learn about the rescue, and hear plans for the outdoor space out back, which will eventually include runs for dogs awaiting adoption.