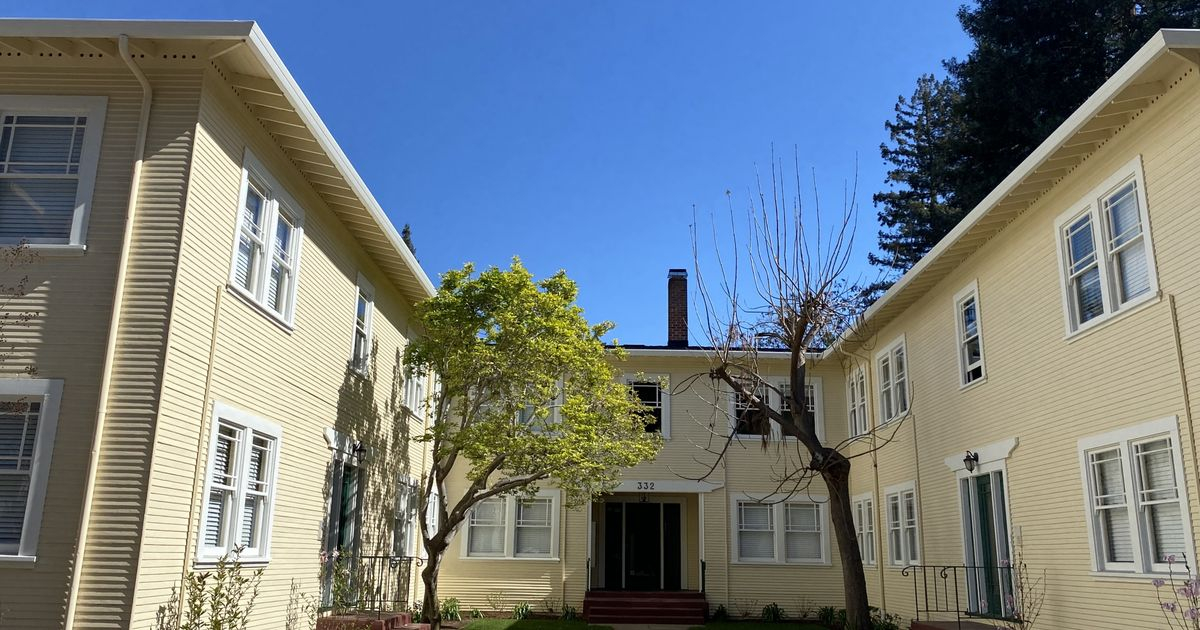 Palo Alto is preparing to significantly expand its list of historic properties to protect them from redevelopment under Senate Bill 9, a state law that allows homeowners to divide their lots and build up to four units.

The city already has a list of 165 properties identified by a survey conducted more than 20 years ago as potentially eligible for listing on the National Register of Historic Places. The vast majority of these properties are in the northern Palo Alto neighborhoods of Crescent Park, Downtown North, and University South, areas that date back to the city’s earliest days.

But the investigationwhich was conducted between 1997 and 2001 by the firm Dames & Moore, also includes properties further south, including 2230 Amherst St. in College Terrace, which was developed in the former town of Mayfield as student housing in the first decade of the 20th century.

It also includes 960 Matadero Ave., which was developed in a rural, unincorporated area outside the Palo Alto limits – what is now the Barron Park neighborhood – by Dr. William Carruth, who surveyed the land in 1918 and deemed it suitable for development.

Many structures that were on the properties have already been redeveloped or, in 11 cases, demolished, according to planning staff. To date, the vast majority had not been mentioned in public hearings about the city’s history.

That, however, may soon change. City Council is due to discuss and possibly approve funds Monday night for consultants to expedite the city’s efforts to get these properties listed on the National Registry. And the city’s Historic Resources Board plans to hold a series of public hearings to inform homeowners about the effort and give them a chance to weigh in.

The main reason for the new sense of urgency is CS 9, which allows homeowners in single-family zones to build up to four units — including secondary suites and junior secondary suites — on sites where a home currently stands. The bill, which the council formally opposed before it was passed last year, explicitly excludes historic properties.

The council has already taken some steps to restrict development standards for SB 9 projects. Last December, the council approved an ordinance that creates new “objective standards” – rules that address details such as the location of windows, garage locations, and roofline styles. At this time, some members of council, including Tom DuBois, expressed support for updating the city’s historical register as well.

“It’s been 21 years and as the buildings age, we now have a lot more potentially historic buildings, potentially from early Silicon Valley,” DuBois said at the Dec. 6 meeting. “I would support us in planning and budgeting for updating the historical commercial and residential register.”

The board will have the opportunity to do so on Monday, when it considers further changes to its SB 9 rules. It will discuss various proposed designs for lot splits – including side-by-side lots and flag lots – and will consider adopting a preferred design. Other possible changes include a new provision that would give Public Works staff the discretion to create standards for curbs, roads and other public improvements that are typically located adjacent to private property.

While these new rules may come into effect soon after they are adopted, updating the historical register would take significantly longer. A property owner who wishes to have their property nominated for the registry is currently required to contact city staff, submit forms to the state Department of Parks and Recreation, contribute fees, submit photos, and receive the recommendations of the Historic Resources Board and council, according to a new report from the Department of Planning and Development Services.

Efforts to protect historic properties have been underway for several years. The city is submitting forms for properties that had been deemed eligible for historic status since 2017, when the city completed updating its Full dietwhich includes the policy, “to update and maintain the city’s historic resource inventory to include historic resources eligible for local, state, or federal listing.”

“None of the properties deemed eligible (for historic status) are protected by the city’s existing historic preservation ordinance unless they are in a listed historic district,” the planning department report said. .

Planning staff acknowledged at a recent Historic Resources Board retreat that the city’s policy of updating its historic register has become more urgent in light of SB 9. Chief Planning Officer Amy French said the effort will require more funding to hire consultants who would help hold public hearings and notify landlords.

“I think we’ve talked about how it’s critical — because of SB 9 — that we would put it as high priority or highest priority,” French said during the March 10 retreat.

Most Popular Dog Names/Breeds in Milford