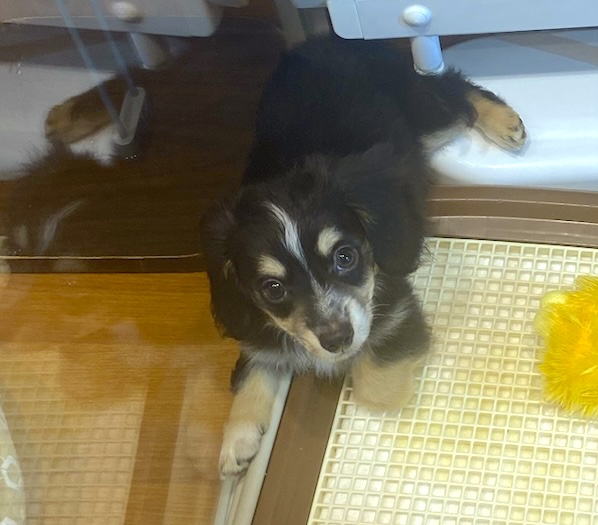 Not So Kawaii – Buying a Puppy in Japan

“We expected to receive animals from sick people, but that was not the case,” said Julie Okamoto.

“It really started a year later after COVID started. People lost their jobs, got divorced and left the country. These are the reasons we take in animals, and it still happens,” says Okamoto.

“With dogs, we had about a 30% increase in consumption last year. [2021]“says the animal welfare campaigner from the animal rescue organization ARK. She explains the fallout from pet farming in Japan following the pandemic.

Conversely, as of 2019, owning dogs and cats has increase in Japan. There has been an increase of more than 14% in 2020 alone. Are pets the new consumer price?

Pets in the Jomon era

It is believed that the dogs migrated to Japan during the Jomon period, one of the earliest recordable periods in Japanese history. Dogs were not seen as pets, but rather as companions, helpers and hunters. Even records of dogs buried with humans have been observed.

These dogs were small and those without an owner were considered local and uninjured dogs. This first generation was predicted to be the ancestors of breeds that still exist in Japan today, such as the Shiba Inu. With a large genetic pool, these dogs eventually diversified into the breeds we can see in Japan today.

Since most of the urban population is not dependent on pets for work, owned dogs tend to be very small, purebred, and cute. Selectively bred dogs have been refined into genuine Japanese breeds like the current Shiba Inu, the Japanese Spitz and the Akita Inu.

A survey conducted by the Japan Pet Food Association in 2021 indicates that pet ownership has increased significantly in Japan, with more owners spending more money on dogs than on cats.

Recently, the domestication of animals has focused more on the appearance and cuteness of the breed in question. “It’s the looks and the small size…I wanted a dog that was quite small but behaved like a big dog,” says Yumiko. She explains why she wanted to buy Bijoux, a miniature Shiba from a Kojima pet Shop.

“Due to the living situation, with many people living in apartments, the law requires a dog to be small.” Yumiko refers to weight limits for dogs living in apartment buildings, many of which require a dog to weigh less than 5 kilograms. With such restrictions in most cases, along with a widespread bias towards miniature culture in Japan, it’s no wonder the dogs we see in the city are so small.

Although expensive, the ease with which a fashion dog can be purchased is surprising. “Anyone can buy a dog. You go there, you pay and you complete the registration formalities. There really is no interview or selection,” says Yumiko.

“There are a lot of pet stores here. But go to Europe and you won’t find pet stores. I think that’s why it’s so easy here,” she adds.

The information that pet stores must give to customers and require from customers is so minimal that pet hoarders and serial buyers are not unexpected in Japan. As Julie illustrates by saying, “The largest number of animals we take in come from a single person or a hoarder who is not able to take care of them, but does not know what to do with them. She then recited a recent case in Shimane Prefecture where there were 164 dogs in a small house.

With the number of purebred dogs in Japan regularly increasing since 2014it seems that the market for these pets is the goldmine of any company.

What is ethical farming?

Popular, cute, and small dogs such as the Chihuahua, Dachshund, and Miniature Poodle have such unique characteristics that they can only be produced through selective breeding that often occurs on puppy farms. When not practiced responsibly, this type of farming can lead to health complications caused by inbreeding and lack of care for a large number of animals.

Japanese law provides guidelines for breeders, but “the regulations are so loose and vague that even if an arm of the government were to take a look, they wouldn’t find much wrong,” says Julie Okamoto, adding: “Farmers can keep animals in shocking conditions but still not break the law.

“For example, she says, an adequate space, what is it? There is no law prohibiting having metal bases in cages on which their little paws are located, ”explains Julie Okamoto.

Breeders can obtain a license very easily, and once obtained, it is almost impossible to lose it. Recounting an incident with a breeder in Kashima, Ibaraki prefecture, Julie tells us: “There were 200 dogs in a sheet metal shed. There was an Italian Greyhound that looked like it was about to give birth, but was in a cage with another animal. It was a terrible place.

To Julie’s knowledge, there have been no legal repercussions for the breeder. “The woman, who was on the Coo and Riku website as a responsible breeder, spent 40 minutes yelling at us and telling us she hates animal welfare,” Julie continued.

The incident brought up the question of how the pet stores selling these animals are unaware of the malpractice behind the product. Julie replied, “One of our volunteers worked for a pet store to see what it was like. She said they lied and pressured vendors to sell animals, even if the purchases weren’t suitable,” Julie recounted. “Management is definitely very aware of what they are doing. I’m not sure all the staff are.

So how are these breeders allowed to continue with animals raised in conditions of questionable animal neglect?

“The registration process for breeders is not strict and they are not carefully monitored,” says Julie. “Once they have a license it is very difficult to lose it. Customers think that because they have a breeder’s name in a pet store, it comes from a responsible person.

Every pet store I asked to be interviewed on this question declined.

Looking for a mate of your own

Best said by Julie, “A good breeder will check on you, to make sure you take good care of the animal.”

“More education for the average person about animal care is needed,” she said. “One of the issues that drives people to abandon animals is the lack of research.”

“Some people can’t afford to trim and groom their dogs,” she pointed out, “and that’s something that people don’t consider in animal care. time and money to work with a trainer for their animal, they would have a better companion.

Julie concludes by emphasizing that “the most important thing we can do is to shine a light on the fact that rescued animals are wonderful companions, because it is easier to change consumers than to change sellers. , and if the consumer is armed with more knowledge, they will make better choices.

A Kennel Club by and for Junior Handlers