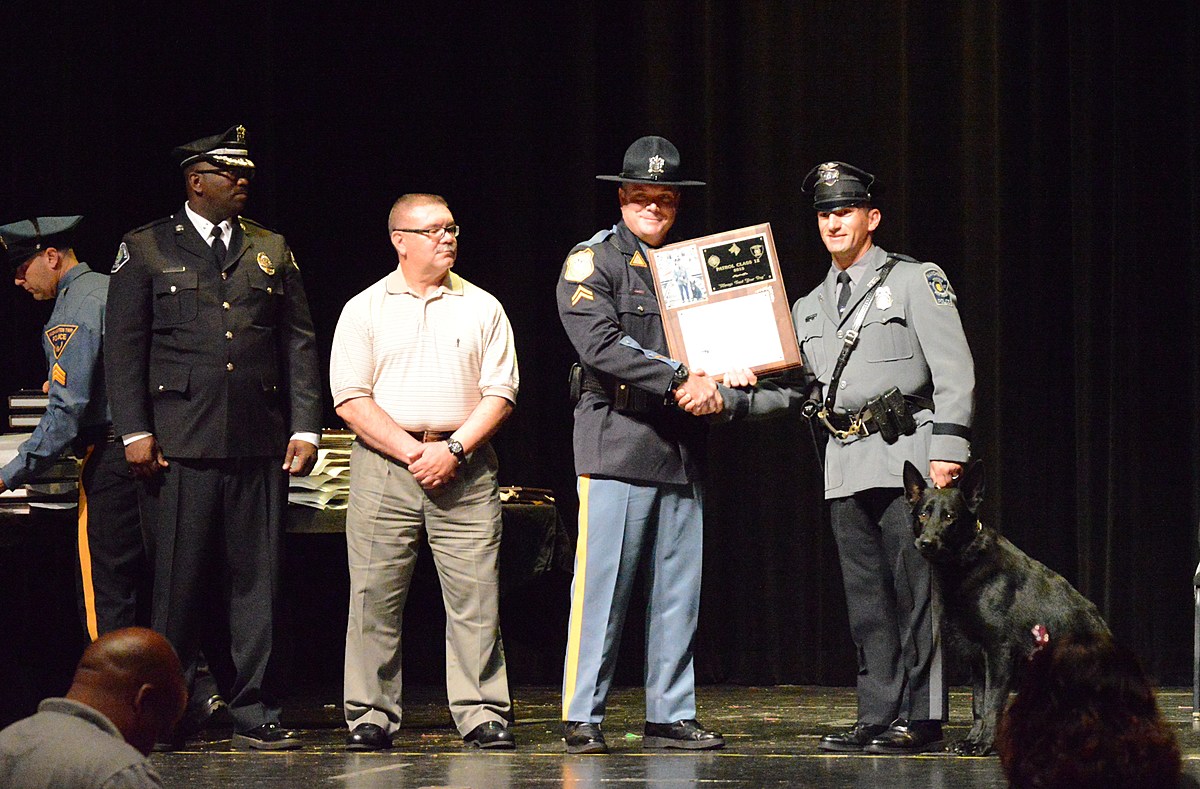 We love and respect all of the first responders who make our world a safer place, and that includes humans and dogs as well. This is why this news is so heartbreaking for us and for so many others.

Here is a little more on Storm. He had an amazing and decorated career. He was involved in 70 officer protection calls, carried out 180 “narcotics sniff / searches”, 25 search warrants and 23 building searches, and a host of other courageous accomplishments.

Manchester Police were able to capture Storm’s latest radio transmission and share it on social media.

Storm served the community until a cancer diagnosis in 2020 led to eye surgery. Storm had stayed at home with her master, Officer Marc Micciulla, and his family, who adopted him as soon as he could no longer perform his duties. He only officially retired last week.

Him and his partner, Ptl. Micciulla received a proclamation last week recognizing his retirement. Storm’s list of accomplishments during his 6 year career in Manchester and the State is very impressive.

He was also reportedly color blind, but he didn’t let that or anything stop him from protecting our community. Our thoughts and prayers are with the Micciulla family, the Manchester Township Police and the entire city of Manchester in their mourning.

Dog Lovers – Check Out These 50 Fascinating Facts About Dogs:

Is your loyal puppy’s breed on the list? Read on to see if you’ll brag to neighbors about your dog’s intellectual prowess the next time you take your furry baby out for a walk. Don’t worry: Even if your dog’s breed isn’t on the list, that doesn’t mean he’s not a good boy – some traits just can’t be measured.

KEEP WATCHING: Find Out What 50 Of America’s Most ‘Pupulous’ Dog Breeds Look Like As Puppies

Free Live Stream of the “National Dog Show” 2021: How to Watch Online…