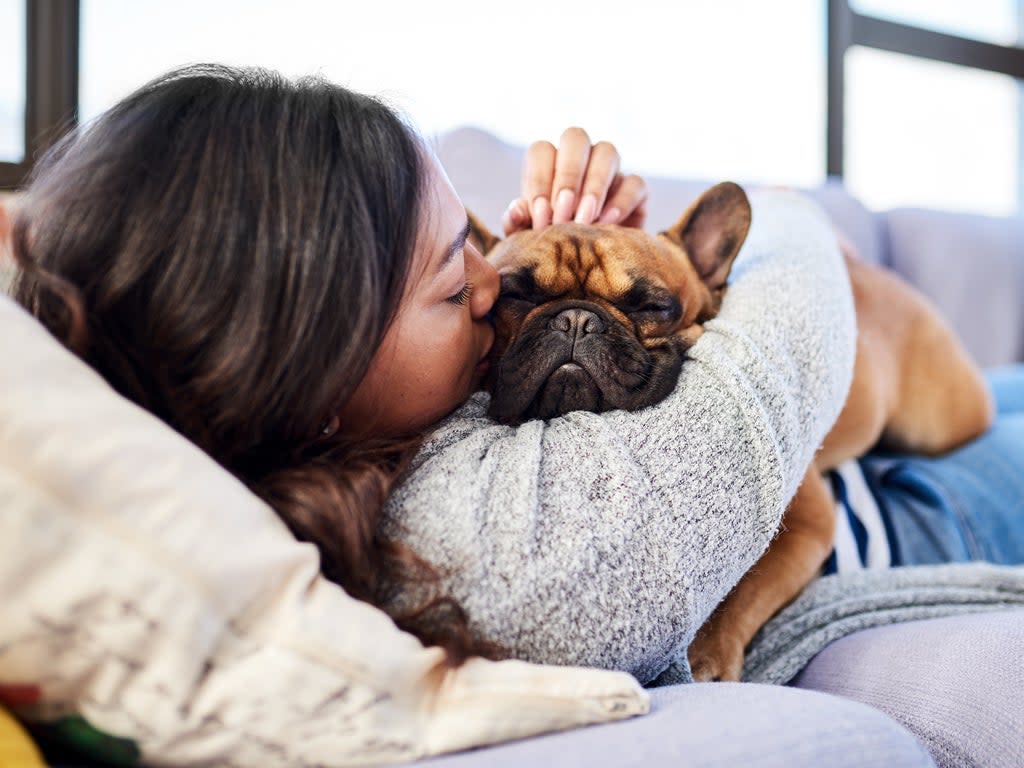 The Kennel Club updated the breed guidelines for French Bulldogs due to concerns dogs are bred with “extreme characteristics” that exacerbate health problems.

The brachycephalic (meaning “flat-faced”) breed typically struggles with health issues such as poor breathing, eye and skin problems that are made worse by irresponsible breeding, the Kennel Club said.

French Bulldogs have exploded in popularity over the past decade and have been one of the UK’s most popular dog breeds since 2018.

Demand for the French Bulldog has increased by 1,682% since 2010, fueled by celebrity owners such as Reese Witherspoon, Lady Gaga, Chrissy Teigen and John Legend, and David and Victoria Beckham.

But, in the midst of growing demand, the Kennel Club has warned this irresponsible breeders and buyers of the little dog have led to “extreme features”, particularly a shortened nose that many people consider “cute”.

According to the PDSAThe breed’s flat characteristics can lead to health problems such as brachycephalic obstructive airway syndrome (BOAS), which can cause serious breathing problems, dental and eye problems, and skinfold dermatitis, which means that the skin of their wrinkles is inflamed or even infected.

Bill Lambert, Kennel Club health and wellness expert, said: “Certain French Bulldog health issues have been affected by their huge increase in popularity, and we continue to be extremely concerned at the exaggerations seen as creating a “cute” or sonorous look, have gradually become considered normal and even desirable.

“All breed standards are regularly reviewed, informed by current breed-specific health data, and are made explicit that any physical exaggeration should be avoided.

“These changes to the French Bulldog breed standard are intended to ensure that it cannot be misinterpreted and that dogs are raised with their health and well-being as a top priority.”

Revisions to the guidelines include that a well-defined muzzle should “be clearly seen in profile” and the dog’s nostrils should be “visibly” open.

Lambert added that the changes to the guidelines are intended to “send a strong message” to buyers about the importance of ensuring that any French Bulldog puppy they buy does not have overdone characteristics.

The Kennel Club hopes the new guidelines, along with more research into the health of brachycephalic breeds, will help “improve and protect the health of the breed.”

Dr Laura Hamilton, veterinarian and French Bulldog Breed Health Coordinator, said: “A lot of people enjoy owning French Bulldogs, but it is crucial that the public be aware of the breed’s complex health issues and give the right advice. priority to health rather than what they might think is “cute”. and that breeders are doing all they can to produce healthy puppies.

She warned that social media can influence dogs’ appearance and urged potential owners to thoroughly research the breed before making decisions and finding a responsible breeder who is monitoring the health of their dogs.

The Brachycephalic Working Group (BWG), an organization that works to improve the health and well-being of flat-faced dogs, was among other groups that considered the changes to the guidelines.

Dr Dan O’Neill, chairman of the BWG, said the group welcomed the changes, “having worked collaboratively to come up with evidence-based suggestions.”

“These changes show that all breeds can and should evolve to address any serious health issues associated with conformation,” he added.

“We encourage future owners to place good health, well-being and temperament above human desires when choosing a breed and urge more people to ‘stop and think before buying a flat-faced dog “.”