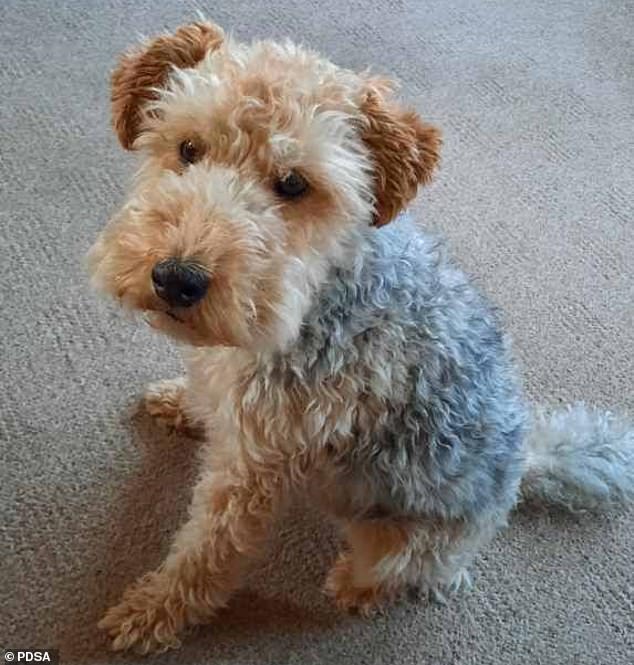 Keep ‘toxic’ chocolate away from your pets, warns the Kennel Club

Keep Easter eggs away from your dogs this weekend, pet owners are being warned as vets point to the danger of toxic chocolate to pets and warn thousands could get sick

By William Cole for Mailonline

The Kennel Club has warned dog owners to keep ‘toxic’ Easter chocolate away from their pets – after a beloved terrier fell horribly ill after eating a treat.

The dog welfare organization expects to see a 54% increase in dog poisonings in April, the second highest of the year after Christmas.

These are the animals that sniff and nibble on their owner’s well-hidden chocolate before falling ill.

Over the next few days, half a million dogs could need urgent treatment after nibbling accidents, reports the Mirror.

It comes after Bunty, a cheeky six-year-old Lakeland Terrier, had a sickly nightmare when she put her paws on a whole chocolate brownie – which was baked as a delicious Easter treat.

Bunty’s owner, Ela Gardner from Birmingham, called her local pet hospital who advised her to bring Bunty in for emergency treatment as soon as possible.

Ela, 63, said: ‘I went out to the shops that day and thought I’d treat myself to a brownie from our local bakery. 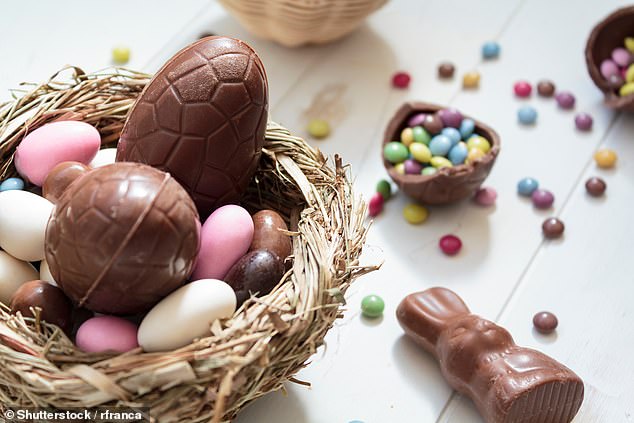 The dog welfare organization expects to see a 54% increase in dog poisonings in April, the second highest of the year after Christmas (stock photo)

‘I had left it in my bag on my desk and went to another room for just a few minutes – but was horrified when I returned to find an empty plastic bag and a trail of crumbs!

“I immediately started to panic as I know chocolate is toxic to dogs – I’m very concerned about leaving food and didn’t think Bunty would manage to get the brownie out of the bottom of my bag, which I thought left well out of reach.

PDSA Veterinary Nurse Nina Downing said: “Bunty’s case might have been a close call, but luckily her owner quickly contacted the PDSA and she was immediately brought to our Oldbury Pet Hospital. “

Chocolate contains a chemical called theobromine, which is toxic to dogs.

Even small amounts can cause vomiting, diarrhea, seizures, and heart problems.

The darker the chocolate, the higher the level of theobromine, and therefore the more toxic it is.

White chocolate, although it does not contain enough theobromine to cause toxicity, is fatty and full of sugar and may pose a potential risk of pancreatitis.

Even without the danger of toxicity, chocolate is not a healthy snack for dogs, causing obesity and poor health, so it is best avoided.

Bunty was given immediate treatment to make her sick safely, followed by medication to prevent her body from absorbing the remaining toxins.

A survey of 3,000 dog owners found that only 67% of them know to keep chocolate treats away from their dogs.

Bill Lambert, a canine health expert at The Kennel Club, said: “We want to remind all owners to keep a very close eye on their four-legged friends.

“Our furry companions can sniff out even the best hidden chocolate eggs and non-canine confectionery, as these disturbing new statistics show.

“As a society of dog lovers, we naturally want to include our pets in the festivities.

“However, to make sure Easter remains happy and safe for everyone, we want to make new and experienced dog owners aware of some things that pose a particular danger to dogs at this time of year.”

Vicky Wentworth, of Agria Pet Insurance, added: “Often with more chocolate, along with school holidays and unusual routines, it can be too easy for dogs to get hold of Easter eggs and boxes of chocolates.

‘Never underestimate how skilled a determined dog can be at getting a treat they love the smell of – we’re always amazed at the lengths some dogs go to to get what they want!

“So please keep chocolate or anything toxic to your pets out of their reach.”