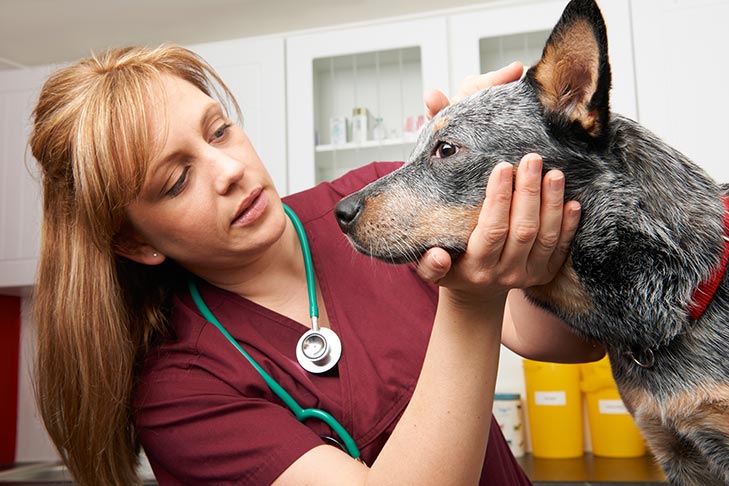 Since the domestication of dogs, breeders have strived to produce better dogs with each generation to meet their needs. In the modern era, this goal encompasses the breeding of dogs with a structure and temperament close to the breed standard, but also with improved health and performance for specific tasks. Many of these judgments rely on astute observation and clear record keeping to track lines and pedigrees over time. Breeders have become their own scientists, making educated guesses about which bloodlines will meet their needs. Some guesses work out beautifully, while others fail. With advances in technology, our tools for predicting important traits are improving at an astronomical rate, and it can be difficult for breeders to keep up with the science and the changes. This article aims to provide a basic overview of the genetic tests available, with a brief overview of their advantages and limitations. Currently, there are several basic uses for dog DNA: DNA profiling, DNA-based disease and trait testing, DNA-based ancestry testing, and DNA banking.

The canine genome was first mapped in 2005 and was based on a dog, a boxer named Tasha.1 Contained in 78 chromosomes and thousands of genes, it is important for dog owners and breeders to understand that our knowledge of the genome is constantly changing. Multiple versions of the genome exist as technology improves, but there are still poorly understood regions. With the ongoing Dog 10k Genomes Project, thousands of dogs are being sequenced to further our understanding of canine genetics.

Many different techniques can be used to collect DNA from a dog, and each option has variations in quality and importance. A blood sample is often used as the gold standard for high-quality DNA, but requires a veterinarian to collect it. Diseased white blood cells can also acquire mutations during the dog’s lifetime, called somatic mutations. DNA collected from cheek swabs is used routinely and is easy for owners to collect. However, this DNA can be contaminated with DNA from bacteria, or even from other dogs when nursing or licking other animals. The quality tends to be lower and more variable than blood DNA. Other samples can also be used to collect DNA, such as urine, biopsies, or tissue taken during an autopsy.

The primary use of canine DNA profiling is to validate parentage. Parentage panels are based on sets of standardized markers used to establish unique dog identities. Markers vary by panel and are not interchangeable. The AKC Parentage Program has over one million dogs profiled to provide reliable parentage results. This service is important for validating breeders’ records, and its importance is increasing as DNA testing expands. Genetic health test results may be linked to parentage results to ensure the accuracy of test results.

Disease and trait testing involves collecting DNA and screening for genetic variants linked to a specific disease or trait. Many of these tests have been developed based on a close partnership between parent club organizations and scientists. Some of these tests are easy to interpret with understandable and clear definitions of affected dogs. Others, however, have “incomplete penetrance”, so the presence of a disease-related variant does not always lead to disease. For these diseases, an understanding of the prevalence of this affected variant in the population can help breeders reduce the number of dogs with this trait in the future. Eliminating all affected dogs from a breed is not always recommended, as it can lead to a loss of genetic diversity. Other beneficial traits for the breed can be lost when a harmful trait is eliminated. Careful breeding requires education on this trait, especially in the context of a specific breed from a reliable resource. The AKC is expanding its efforts to help breeders use these tools to make informed decisions.

Some commercial companies offer DNA-based ancestry tests based on a library of samples to determine race or geographic ancestry. These tests are often used by mixed breed owners who are curious about which purebreds belong to their dog’s ancestry. Like other human ancestry tests, the sample library used to determine ancestry is based on owner-reported data, which may be inaccurate. These tests should be used out of curiosity about the ancestry of a dog of unknown origin and not as a purity test for purebred dogs.

Finally, DNA can and should be banked for future testing as technology improves. However, banking is futile without meticulous records of traits that breeders care about, such as structure and health. Combined with a semen sample, the bank can also provide a valuable resource for breed preservation. The AKC is building a purebred preservation bank that not only preserves DNA, but also preserves sperm to maintain genetic diversity for the future. Additionally, the AKC collects DNA from detector dogs while tracking their performance to establish a strong database linking genetic information and performance. In the future, we may be able to develop genetic profiles that predict success at work.

Ultimately, it’s important to remember that these genetic tests are part of the complex puzzle pieces that make up the whole dog. They are tools to help breeders accomplish what they have excelled at for generations. Like any tool, reliability depends on the quality of the test and understanding its limitations. The AKC is a trusted resource for breeders to find these trustworthy answers. For more information on recommended testing for your specific breed, please see: www.akc.org/breeder-programs/breed-health-testing-requirements/

Desi dog breed will be included in Modi’s security details