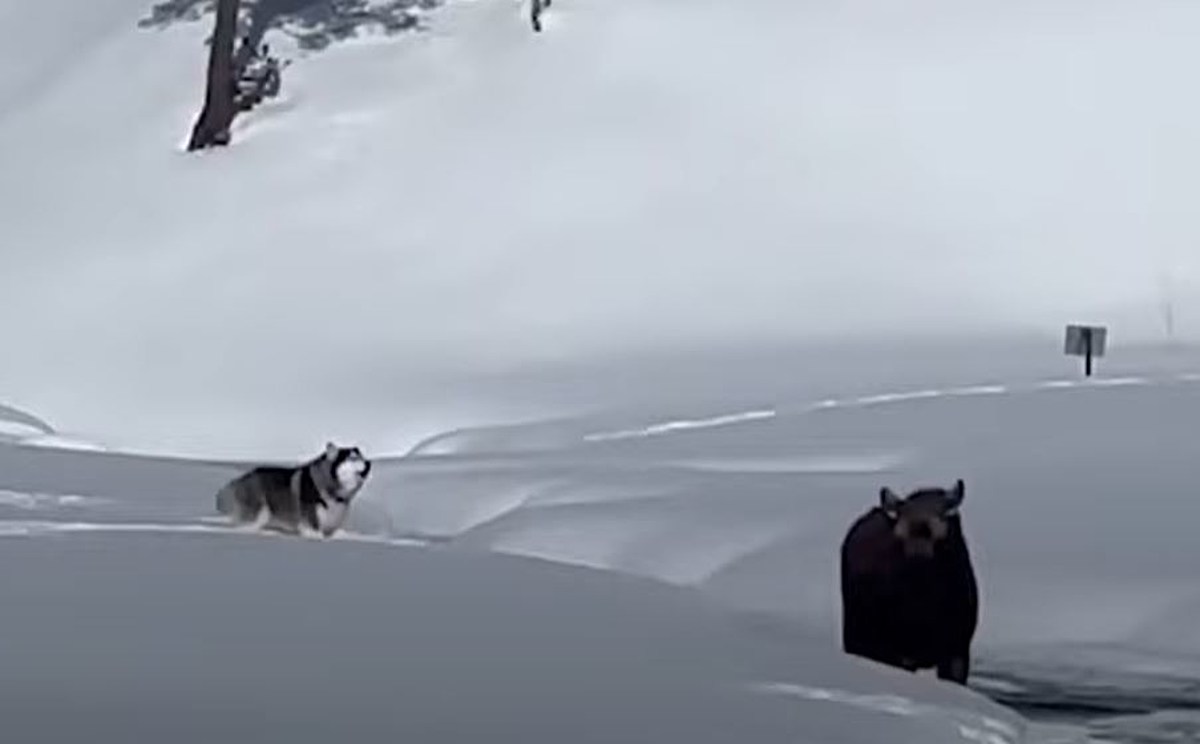 Dog vs. Moose Showdown in Colorado

When it’s a dog versus a moose, the moose will win all time.

Most of the time, this match-up will end badly for the dog. But in this particular case, in this confrontation near Crested Butte, while scary and offering some anxious moments, the dog was fine thanks to the moose being rather “cold” about the whole situation.

The dog, a husky, was only a few feet away from the moose when the video was captured of the face where the moose never really showed any aggressive behavior. It gave warnings but did not fully charge.

This is not always the case when it comes to other people and animals that cross his path.

Luckily the moose wasn’t aggressive as it could have ended horribly for the dog. The woman who captured the video was on a trail where others said the dog had been playing with the moose for around two hours.

The moose charged briefly and quickly but went no further, much like warning the dog. The dog didn’t really take the warning as he kept coming back for more harassment.

Luckily, the moose wasn’t too grumpy or restless, because that would have been bad news for everyone.

NEXT: Check out these 50 fascinating facts about dogs: