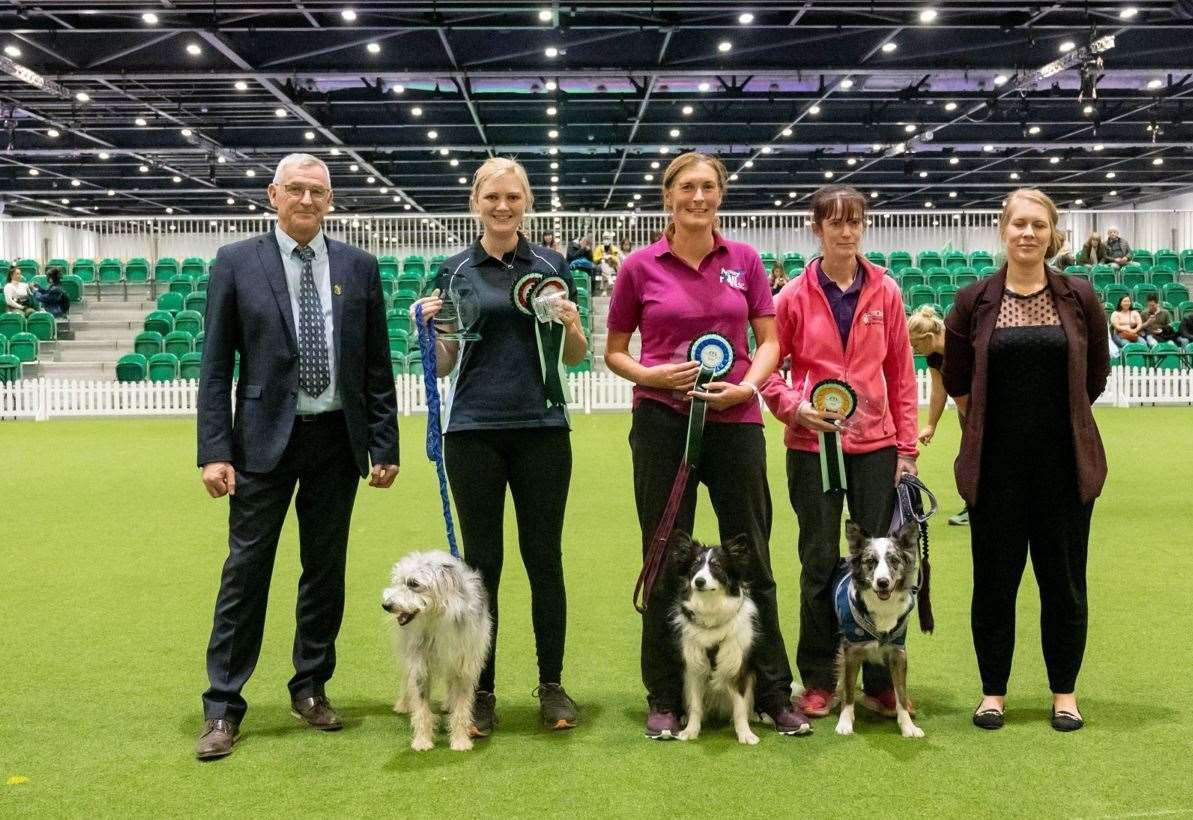 A three-year-old border collie mix and his owner triumphed in a Kennel Club agility competition.

Langar’s Lindsay Furze and her border collie and poodle cross Bowie – known as Hang on to yourself in the Kennel Club – won the Starters Cup final for intermediate dogs at London’s biggest canine event, Discover Dogs.

Lindsay said: “Bowie was diagnosed with hip dysplasia and underwent intense rehabilitation. We weren’t sure if he would ever compete, but after being cleared to do agility, he quickly qualified for Discover Dogs.

“My partner and I recently got engaged, so winning was the icing on the cake this year.”

The Starters Cup, the Kennel Club‘s premier agility competition for dogs new to agility, was created for dogs in levels one and two of the discipline.

The top six large, intermediate, medium and small dogs – who made it to the semi-finals at the Kennel Club’s International Festival of Agility at Rutland Showground in August – took part in the thrilling final, but only one was crowned victor in every height.

Vanessa McAlpine, Events Manager at The Kennel Club, said: “The Starters Cup is a wonderful opportunity for dogs who are relatively new to agility to perform in front of large crowds at Discover Dogs. It’s always inspiring to see dogs at the start of their agility journey competing at such a high level.

“Congratulations to Lindsay and Bowie on winning the final against tough competition, we’re sure to see them in future competitions.”