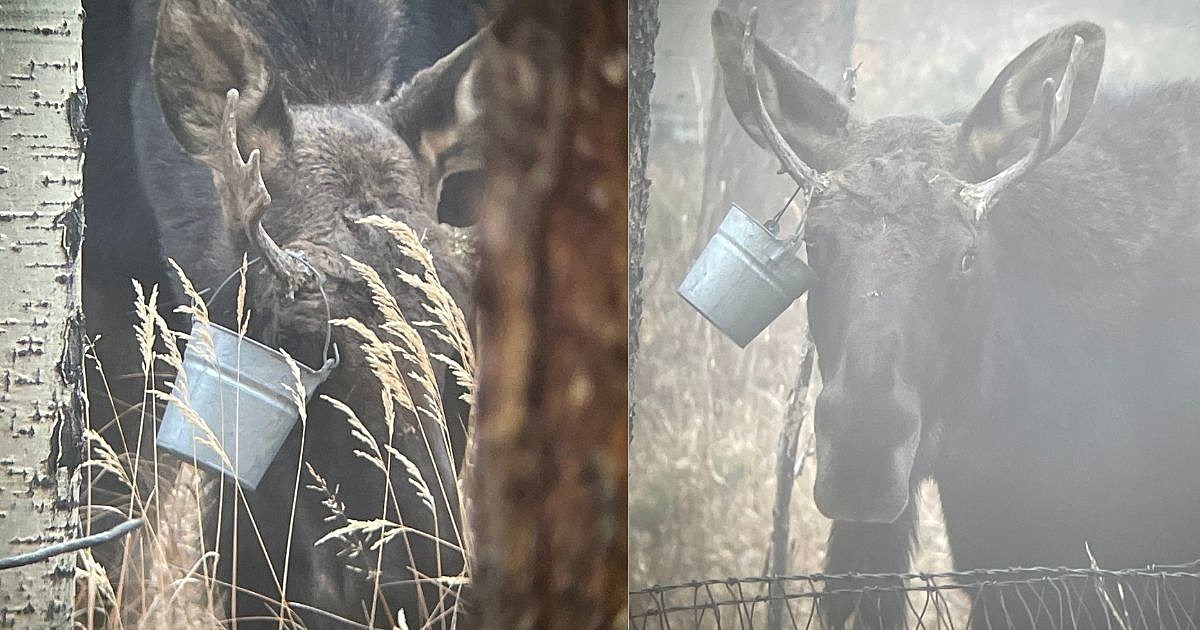 In the words of Colorado Parks and Wildlife … You can’t make it up. A bull moose in Gilpin County was seen grazing on Halloween with a bucket on its antlers.

It’s almost like the bull moose knows it’s Halloween and is going to cheat or treat. The video was posted on Colorado Parks and Wildlife NE Region Twitter on Halloween.

The bull moose weren’t alone either. The bucket carrying the moose was accompanied by a cow and calf which were seen eating the bark of one of the trees where the videographer was located.

A Twitter user by the name of Mountain Poet replied to the video, “I’m speechless. The last thing I imagined today was a moose running with a bucket. A real moose, not Bullwinkle.”

The bucket on the moose’s antler appears to have been picked up by its little claw. No word on whether Colorado Parks and Wildlife stepped in to help remove the bucket from the moose’s antlers. However, from the photos, it looks like if the moose tilted its head just to the right, the bucket would fall easily.

Speaking of photos, here are some of the bull moose playing a trick or a treat on Halloween in Gilpin County, Colorado.

10 wildlife encounters in northern Colorado in 2020

NEXT: Check Out These 50 Fascinating Facts About Dogs: