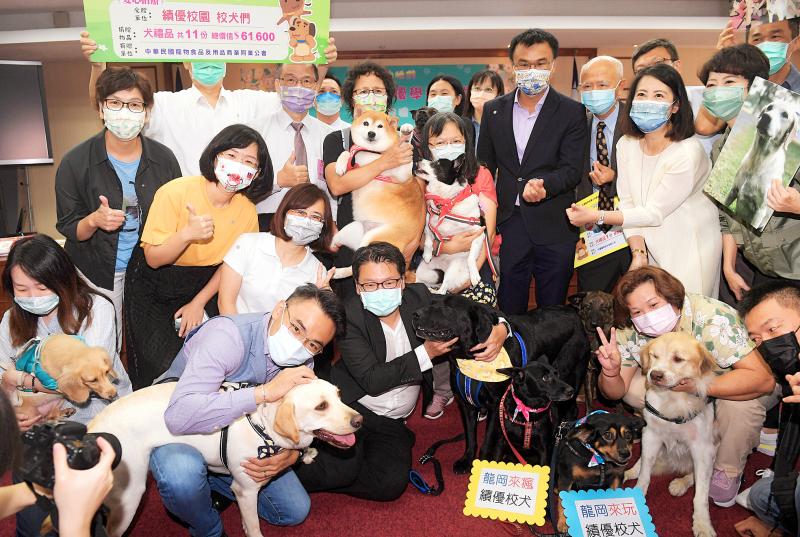 NEW EDUCATION:
Legislative Yuan recognized 10 schools for the adoption and care of stray dogs, including one that included its dog, Siaohu, in lesson plans

Chen made the remarks at an event at the Legislative Yuan in Taipei to congratulate public schools for adopting and caring for stray dogs.

The council’s draft for the measures will be submitted to the Executive Yuan for approval, he said, adding, “Every life will be protected.”

The companion animal division is to govern matters related to the welfare of pets, including births, deaths, feeding and medical care, with each of the tasks handled by a dedicated office, he said. he declares.

The register of pet owners should be modeled after the country’s household registration program, he said, adding that Taiwanese have around 1 million dogs and 700,000 cats as pets.

Chen said the council was also concerned that the animals in the shelters were not being adopted as much as the council had hoped.

Eight other colleges and primary schools were also praised for their roles in animal welfare.

Ansi High School principal Chih Hsu-tai (池 旭 臺), who attends the ceremony with the school’s campus dog, Kele (可樂), said the 11-year-old animal is a favorite of the ‘school.

Kele is a special member of the school community and brings joy to everyone, he said, adding that keeping the dog on campus is a powerful lesson for students to respect life.

Siaohu was adopted after being found as a puppy at the school gate three years ago, she said.

The teachers created life education lesson plans that would revolve around Siaohu, she said, adding that the dog’s presence gave the lessons a soul.

Many parents would show up during the holidays just to see the dog playing with their children, which shows that campus dogs can help build community bonds, she said.

Comments will be moderated. Keep comments relevant to the article. Comments containing abusive and obscene language, personal attacks of any kind or promotion will be removed and the user banned. The final decision will be at the discretion of the Taipei Times.