The American Kennel Club (AKC®), the world’s largest purebred dog registry and leading dog advocate, has recognized K9 Jedi of Seattle, Washington PD and K9 Dash of Shepherdsville, Kentucky PD with a 2022 posthumous award AKC Paw of CourageSM after making the ultimate sacrifice in the line of duty last January and March, respectively.

The AKC Paw of Courage expresses its appreciation for the work dogs do in service of humanity. These awards recognize dogs who honorably serve their communities, making a significant impact on the lives of their human counterparts.

“The American Kennel Club is deeply saddened by the news of the passing of K9 Jedi and K9 Dash,” said AKC Executive Secretary Gina DiNardo. “These exemplary dogs were vital parts of their departments, keeping their communities and work groups safe from all kinds of dangers. They played fearlessly and with great loyalty and will not be forgotten.

K-9 Jedi was a five-year-old German Shepherd and Belgian Malinois mix, serving as a valued member of the Seattle Police Department when he was killed on duty on January 5, 2022. He died after helping to the arrest and death of a burglar, who stabbed Jedi and slashed another officer, Tim Jones, with a machete. The man was breaking into a home in Seattle when officers responded and Officer Jones fired shots, killing the suspect. Both the burglar and the Jedi officer died at the scene. 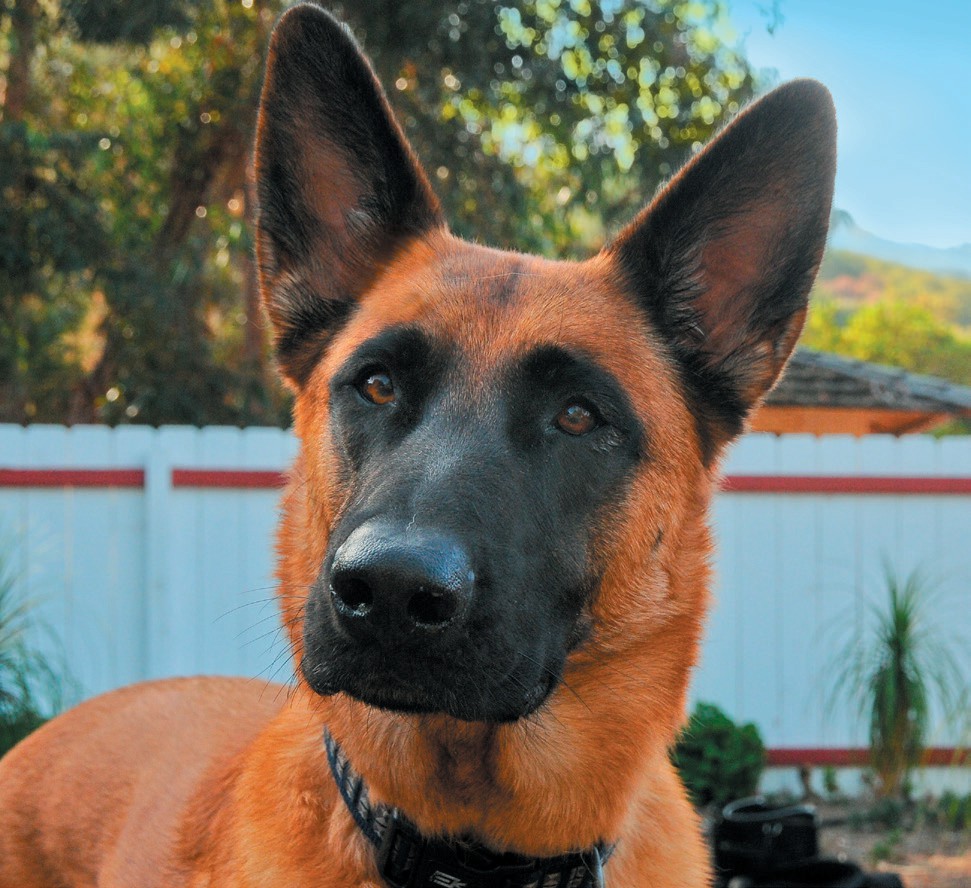 Jedi’s handler, Officer Anthony Ducre, said Jedi would have turned six in early February. “He faithfully served the department for four and a half years and loved vanilla ice cream.” The Jedi Officer was one of the most successful dogs in the department. He and Officer Ducre were named the 2018 K9 Team of the Year in the first year of his certification and received the 2018 Leader’s Award.

During his tenure, he assisted in the arrest of over 100 suspects, including three homicide suspects. The K-9 Jedi Officer’s street work included working with the Seattle Police Department SWAT team as well as the US Marshall Task Force. He was a valuable part of the department and the community, and he will be greatly missed.

Officer K-9 Dash was a five-and-a-half-year-old Belgian Malinois and valued member of the Shepherdsville, KY Police Department. He was killed in a shoplifting incident while officers were responding to the scene at Lebanon Junction when the suspect began shooting. When they took a blind turn, Officer Dash was shot and killed, saving the life of his handler, Officer Jeff Schank. The suspect was shot and seriously injured before being arrested and taken into custody.

“On Wednesday March 9, Dash did his job and tracked down the villain. The bad guy took his own life and allowed me and other agents to come home to our families,” said Dash manager Agent Jeff Schank. “For that we will be eternally grateful and he will be forever missed.”

K-9 Dash had served with the Shepherdsville Police Department since 2018 and was one of four dogs on the team, one of which had retired a month prior. The dogs rotated so that one was always on guard.

Any dog ​​is eligible to receive an AKC Paw of Courage; the award is not specific to purebred dogs. Paw of Courage awards can be given to police K-9s, military working dogs, therapy dogs, service dogs and other dogs who work to make the lives of those around them better. safer, easier or just happier.

Why do so many people have doodle dogs now? Are they hypoallergenic?