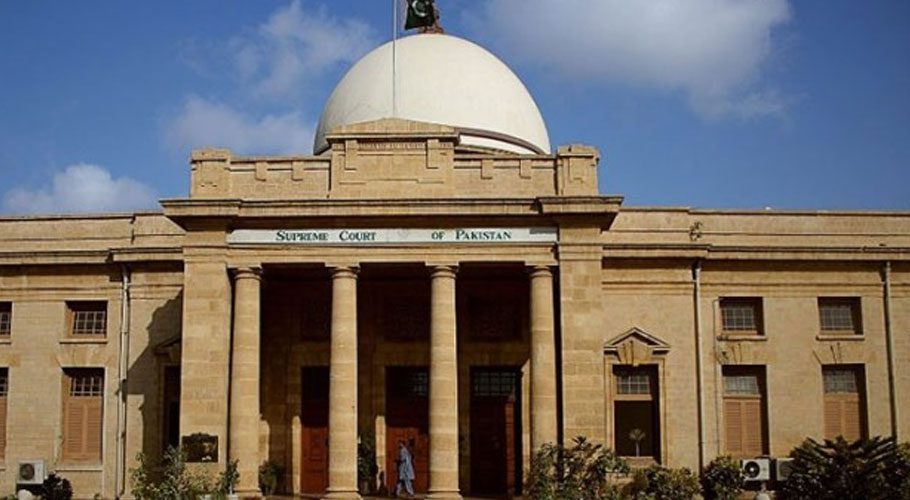 KARACHI: The Supreme Court (SC) Registry in Karachi was evacuated on Friday after police received a report of a bomb in the building, but was declared clear after a sweep by the Bomb Disposal Squad (BDS).

According to the details, police control received a report of the bomb on their emergency number 15, after which the law enforcement agencies (LEA) and BDS were called to secure the SC register.

A police spokesman said the building had been evacuated and thoroughly searched using metal detectors and sniffer dogs, but nothing could be found. Later that day, police revealed it was a false alarm. A man, who complained via the 15 helpline, has been arrested.

The Karachi Superior Court Registry is located on one of the busiest streets in the city, MR Kiyani Road. Next door is the Karachi Arts Council, while the National Academy of Performing Arts is located opposite the Supreme Court.

In December last year, an anonymous caller to the 15 helpline claimed a bomb had been planted on a passenger train, Fareed Express. Springing into action, a police and bomb squad pulled over and searched the passenger train thoroughly after the bomb threat, but found nothing.

Police said the call turned out to be a hoax, adding that the man who made the call had been tracked down and arrested. Wasim, a resident of Kanganpur, was arrested by Kasur police. A first information report (FIR) has been filed against him with an open investigation.

Music by Queen, Journey and Alicia Keys joins the National Recording Registry at the…