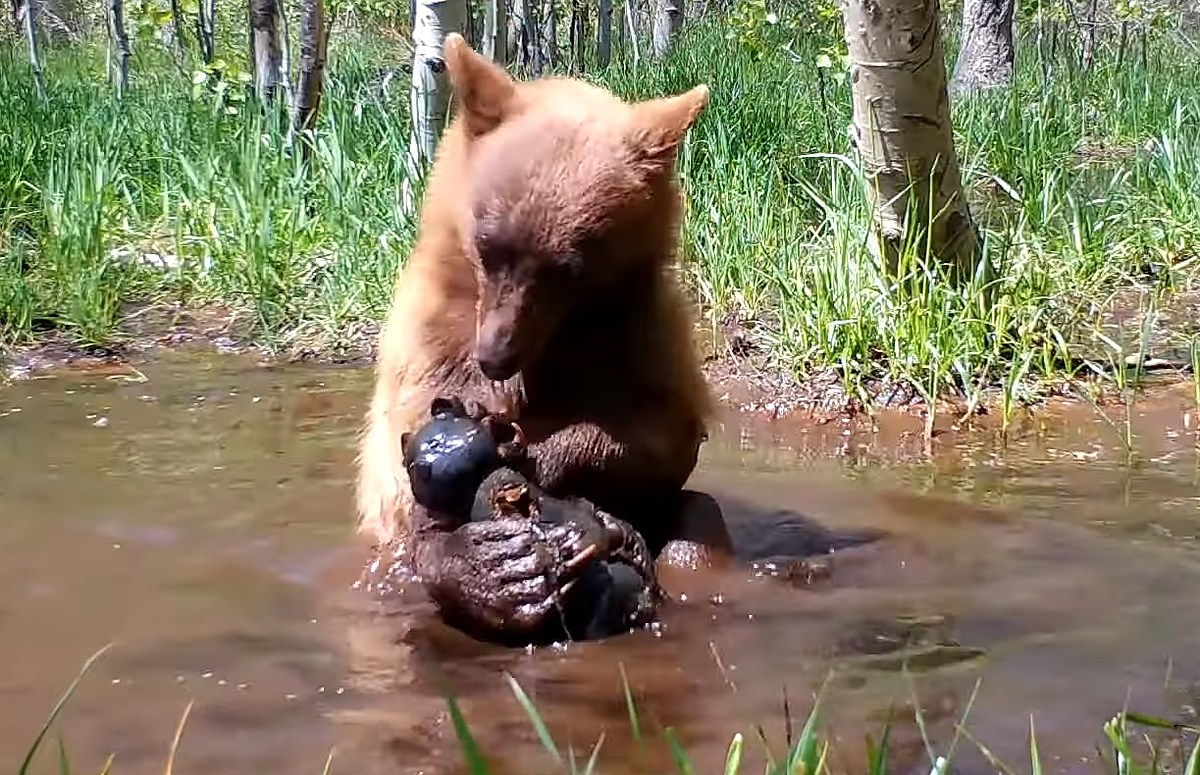 A bear survives a forest fire and adopts a teddy bear

A bear who survived a wildfire but had his paws badly burned has a new friend. The animal was recovered as a cub after a fire in California and was being treated for burns when it escaped and returned to the wild. Recently, a trail camera filmed the young animal playing in a small pond. The animal was not alone.

He has an unusual companion

He has a teddy bear that he likes to play with. No one has an answer as to where the toy came from, but the yearling really does seem to care about his mate. He may have been left behind as people fled the fires or he found him at some point on his journey back to the forest.

I have seen animals adopt unusual toys as companions. A friend had a very big cat and he had a small toy alligator that he carried from floor to floor at her house. The cat had a distinct meow when carrying the stuffed reptile. When he went to see the vet, the toy went with him and kept him calm. If he spent a night in the animal hospital, he slept with the alligator.

Many years ago, a neighbor of mine had a medium-sized dog that wouldn’t walk around without carrying an empty milk jug between his teeth. It started when he was a puppy. He played with the empty jug and it became his personal property. He wore it when he went for a walk and wouldn’t let it go. Even while doing business!

WARNING: These are the deadliest animals in the world